Hi World Wide Sketchercrawlers! Just in: a new image from Bill Otersen, the creator of the "Mr. Stupid" character and his world; 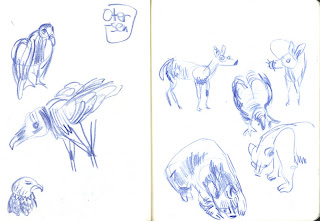 Thanks, Bill!
The Tallahassee group went to the "Junior Museum" (now known as the Tallahassee Museum of History and Natural Science) for World Wide SketchCrawl number 33. My first sketch is of a dinosaur made from metal car parts by artist Jim Gary (I drew this at the Jr. Museum after returning to Tallahassee --not really for the crawl, but related by location--after returning from my sister Jane's wedding to Bill in Ohio). 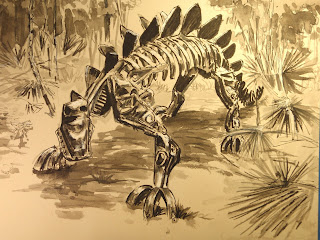 My other 3 sketches are from THE official worldwide sketchcrawl DAY when I was still in Ohio: Nephew Casey on posing as "The Thinker" on a ball 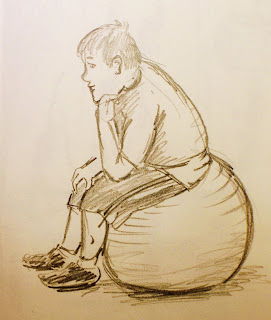 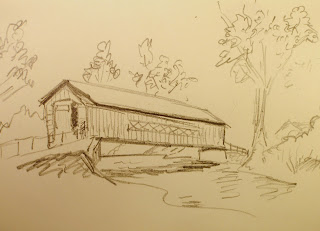 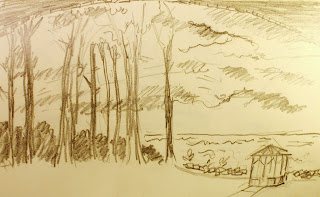 and the gazebo where the wedding was planned to be. It was under beautiful huge trees that lost their yellow leaves in the 50 mph winds on crawl day. It looks like the gazebo will blow over in my sketch, altho the huge tree trunks barely flexed). Of course the wedding had to be moved indoors.
Our first contributions for World Wide SketchCrawl number 33 came from Mary Sterner Lawson who chose these 4: Others in our group sketched but haven't scanned or sent yet; please check back to see more sketches posted as they come in.
Waiting 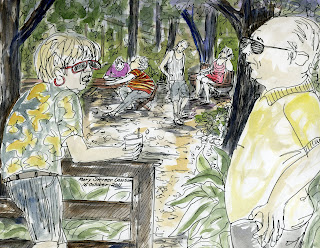 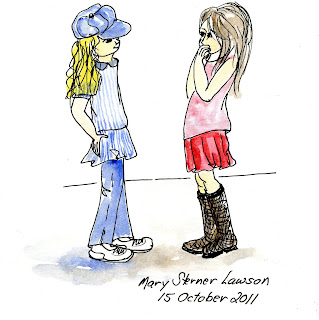 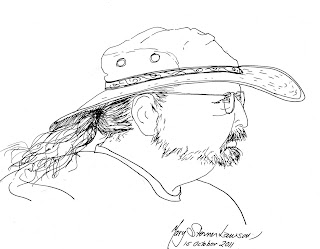 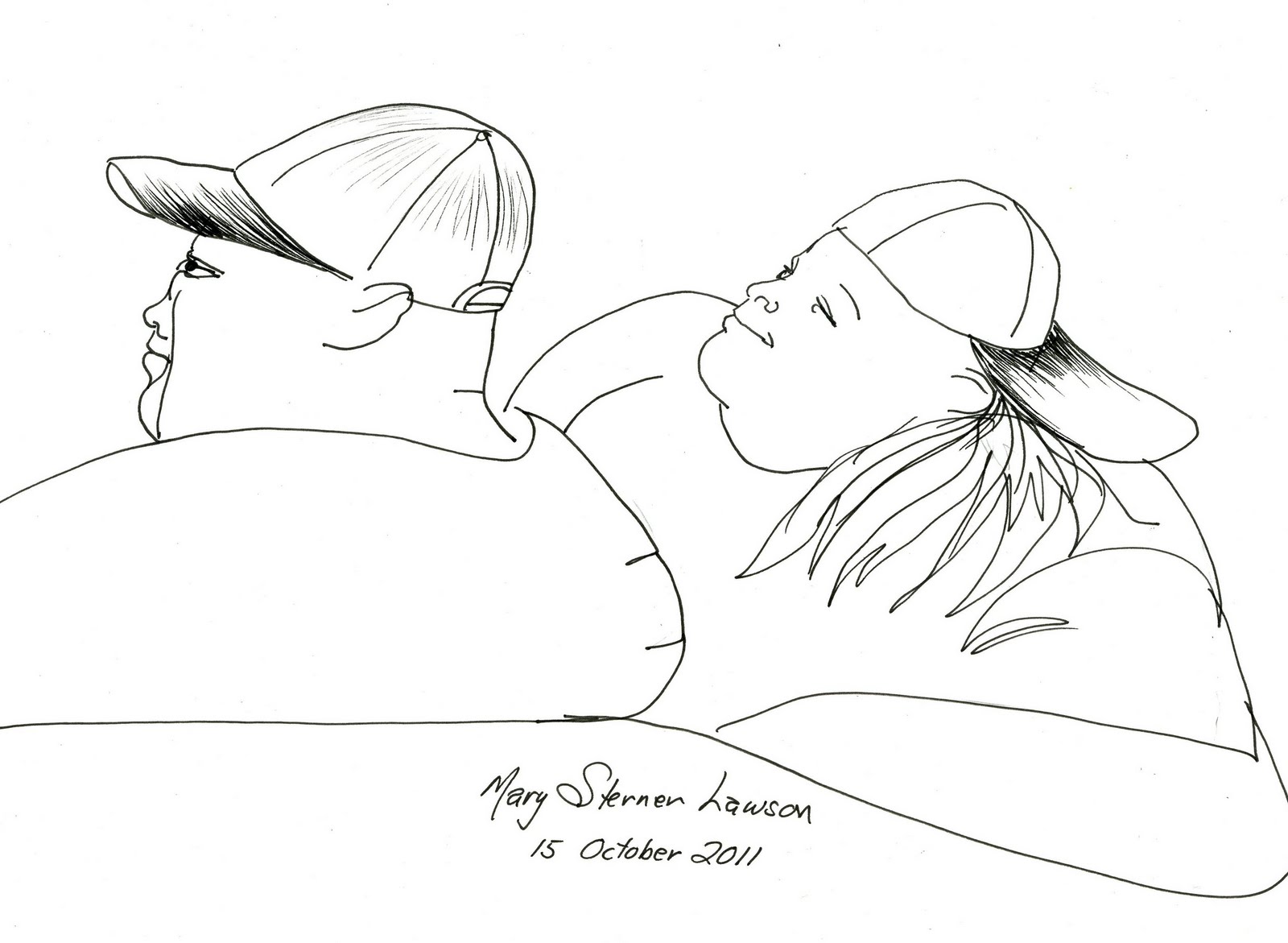 Thanks for checking our posts Joan. I am waiting for more images from my group. I was at my sister's wedding in Ohio and haven't unpacked down to my sketch book yet, but will photo and post as soon as I catch up my job's work.
Of yours, I liked Susan's Main Greenhouse and Joan's Main Gate the best this time.

These portraits are so nice and full of life!! I'm impatient to see more of your team

Thanks,Tatie.
Now my camera battery is dead! if it's not one thing, it's another!

I'll let you know when I get it fixed and post more.
Thanks for checking out Mary's drawings.
Mark
Mark Fletcher, Tallahassee, Florida, USA
"Don't Hurry, Be Happy!" = copyrighted trademark
http://www.markfletcher.embarqspace.com
Top

Nice place for sketching and great results for Tallahasse, full of diversity !

Thank you for your kind visit on Claviers Results

Woww, I admire your passion and spirit for the sketching on the spot! You kept sketching during your sister's wedding and after returning. The covered bridge reminds me of past movies, so warm. And the last scenery drawing makes us guess how the weather was and would be wonderful the space for the wedding. Your try for 'The thinker' is valuable record for both of you. Thank you again for the interest and communication, Mark!

Thank you for your thorough and specific comments, B. H.! Of course I tried to keep my pencil still and quiet during the actual wedding ceremony

, but there were waiting times leading up to it when I could draw.
I liked Yoo Byung Hwa's "Junghwamun" gate/hinge.

It reminds me of an unusual support for a building from 100 years ago I sketched. 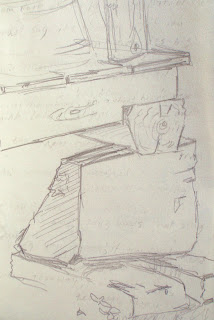 Hi World Wide Sketchercrawlers! Just in: a new image from Bill Otersen, the creator of the "Mr. Stupid" character and his world;

markfletcher - Your dinosaur( made from metal car parts) is terrific!!! and I love the last one with huge trees. Great dynamic feel of nature!
Mary - Love your animating detailed Waiting scene and Supersizers is really well captured and so beautifully composed and lovely line work!
Bill - Love your each animal drawings! What lovely characters!
http://www.flickr.com/photos/macchann/
Top