Today It drizzled in our area so I did not go out far. I miss my other Thai sketcher friends but I know they are out there having fun sketchcrawling as well.

I did a small snail sketch at my home in the morning. In the afternoon, my daughter and I were hanging out at the neighborhood, Bangmod district, cafe. I did a few more sketches of the customers. Iris, my daugher, drew something rather from her head than from an actual life subject. We both had a great time sketching.

#1 Sketchers in our family 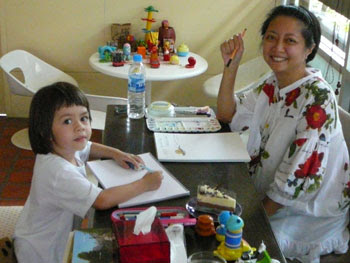 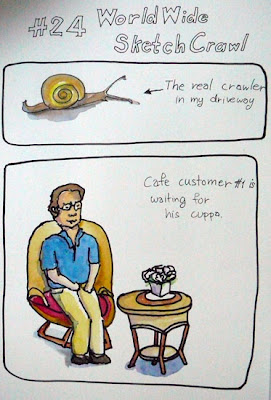 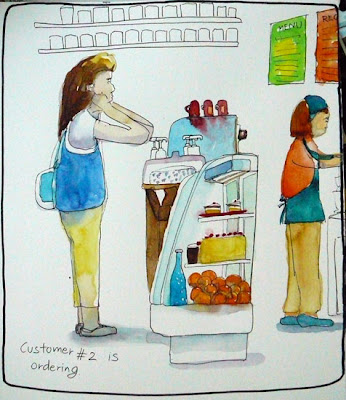 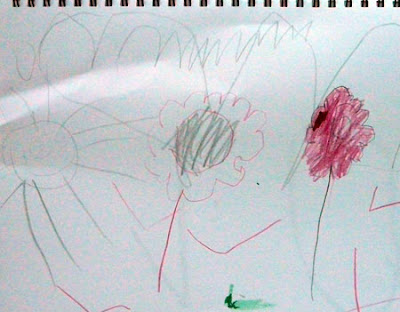 #4 Iris's second sketch of her imagination world of our house, car, and people 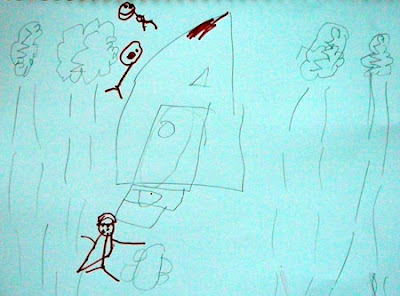 Great bright, colourful work by both of you !
Top

Great to see early and lovely result, eye. Glad that you had a good time with Iris, she certainly doing well on sketchcrawling.

We missed you at Rahaeng market. It turned out to be quite a group of both students and friends. I would have yet to scan my drawings as I came only a while ago, no, not sketchcrawling to sun down but we just simply stop by for a long chat on so many subjects. It was a bright clear sky at Rahaeng market but we learned later that it was a rain storm right in the heart of Bangkok (where I live any way!)

So, see all tomorrow with more result from Thailand. Cheers.
Top

-- Asnee, sawadee for sharing your pictures again. You really made a great team

So good to see the beginners-professional drawings

that is really sweet picture, thanks so much for sharing!

I always enjoy your lovely (and vibrant) work. Great job once again!

You are never too old to learn
Top

Beautiful work! I also love that your daughter got to play too - I can't wait til mine is ready to come crawling

Everyone -- Thanks for your kind comments. Pls. check back. There will be a lot of works of other Thai sketchers to be posted here soon.

24th SKETCHCRAWL AT BERMINGHAM, UK BY PRAMOTE OF THAILAND. Posted on his behalf by Asnee

oh, dear, eye and all, i think i was running behind, but here i am. allow me to start with Khun Pramote who also took part in the last sketchcrawl (23rd) with me. Pramote went to UK with family since Tue 15th but promised that he will do the CRAWL from Bermingham and email to me for uploading to sketchcrawl!
and he did! so, on Pramote's behalf, THAILand's results continues:

but, first, i suggest we have a quick check if he was really there, at Bermingham ah ha! looks like he was there alright, he said he was at Urban Pie shop, at Bull Ring, Bermingham. I guess we'll take his words.. and after his pei, i suposed, he then did the flower shop below then he went shopping and a chinese restaurant (i am getting confused!) which must be near to the train station he did another round of the bull ring and finally another view of St Martin in late afternoon well, i hope you like the sketches by Pramote as much as i do, he is really very hard working.
i would be back shortly with my own crawl of the day as well as many more by architectural students from Rangsit University as well as other freinds who were very enthusiastic about theit crawl of Thailand.
See you later