This Saturday turned out to be a great day, a little more warmer than what the weather site reported. It was a solo Sketchcrawl (unfortunately my wife couldn't join me today), nonetheless I had fun.

After a latte and a chocolate muffin, a thumbnail sketch of Charlie and Snoopy was created, as well as a portion of the Depot. (6B pencil). 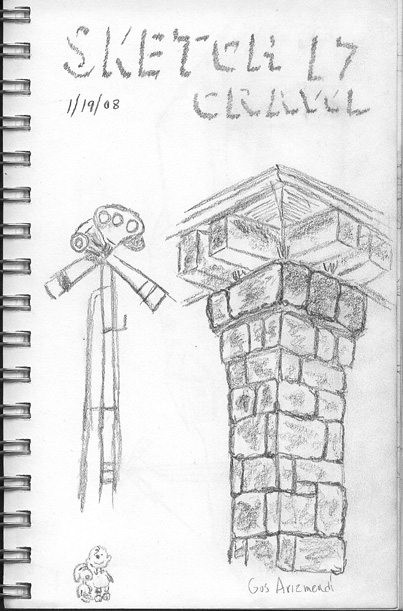 Next was the depot itself... ah I had had my eyes on this building for quite some time.. quite the challenge, I must admit I spend longer than I initially anticipated because I just had to do it, last SC I gave up on it 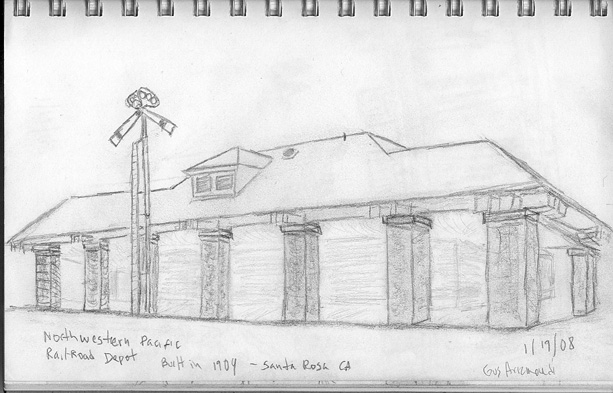 After that I sketched the railroad tracks, exactly where I was standing when I was sketching the depot, I liked the contrast of the rails, two joined together the other continuos. Two people on the distance walking their dog, and a pine cones / tree branch from around the block. (4H and 6B pencils) 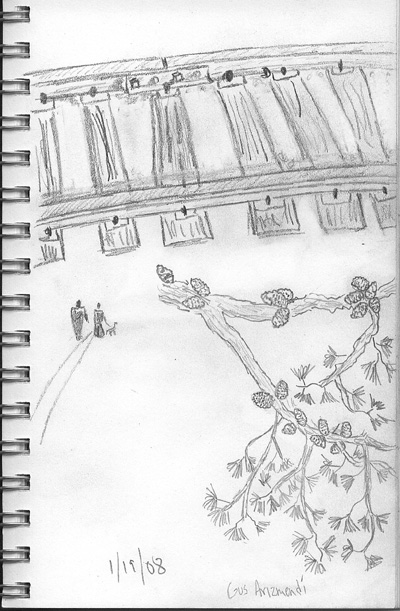 Last quick sketch in watercolor, opposite to the pine tree. A portion of the Western Hotel (built in 1903), quick outline with a B pencil and a trial of colors and shapes, I must go back 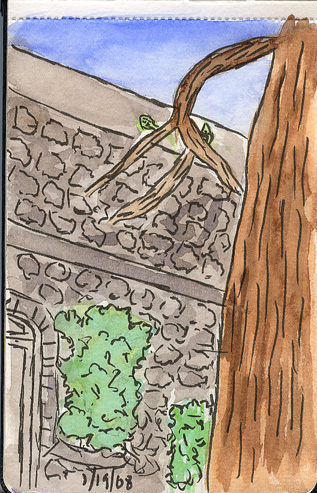 There was actually quite a lot of interesting things to sketch. A lot of people walking around, groups of people sitting on the railroad tracks talking, etc.
Last edited by gustavo on Sat Feb 02, 2008 11:33 am, edited 1 time in total.
Gustavo

Stations are wonderful, good choice. Davis was too cold to be outside in the morning but then it warmed up...
Top

Your first sketch is my favorite! Bummer you had to do it alone, but then there are no distractions Hah.
Top

How great to see the familiar sites of Santa Rosa! Maybe we'll catch up with you next time here in Sonoma County -- today we went down to the city.

I really like the way you rendered the wall of the Hotel La Rose!

Hey Seeker - aka Gustavo, nice to have some real world train-sketches, as I watched a film with a lot of station-scens in it and didn't draw any during my crawl!

Thanks again officially for your job on keeping these forum-pages free from spam and anything else non-related!!! Folks: This is the man behind, if you always wanted to know

Seeker - You did a great job on these. Good perspective on the station...glad you didn't give up on it this time. The last sketch is my favorite. I love the color in it. Looks like a fun day.
Top

Pica: That station is now the visitors bureau center, the funny thing is buildings look so simple (my issue - proportions.. need to practice more).

donnam: Re: sketching alone? my wife is an artist too, heh she is actually 'the artist'

- I do miss the interaction with others and/or the opportunity to see how they handle X issue.

Redhen: there was plenty to draw there, must go back..

PeterPen: I don't think I have ever seen that film, saw a pretty sad movie the other day (Bambini ci guardano), that also had a train station - didnt ocurr to me to sketch while watching it.

Joan T: Thank you, watercolor i'm totally new to it, the challenge for me is mixing the colors and the tone, yes i have created some muddy art hehe.
Gustavo

Seeker, great job on the solo crawl. Proud of ya.
I like the bricks and textures on that first sketch!
Top
Locked
8 posts • Page 1 of 1