I thought I'd take as a theme for today the variety of churches around my small, coastal community of about 400 to 500 folks. There were a lot less people here when the churches were built, but still, even just three seems a lot for the small populace we have here now. Moreover, I don't think many current residents are regular, weekly churchgoers. St. Paul's, a Methodist Church, is the oldest; it was built in the late nineteenth century, and was destroyed in the 1906 earthquake. The local residents, timber men and ranchers, donated materials and rebuilt it in the present, interesting Gothic style. St. Aloysius, the Catholic church was built by local residents in the early twentieth century, was destroyed by fire in mid-century, and was rebuilt by residents in the plain, ranch style as seen in my sketch. The annex building at the left is a church meeting hall, and the church and rectory are on the right. The third church is a more contemporary Protestant church, which I'm not sure when it was built. Probably in seventies, or thereabouts. 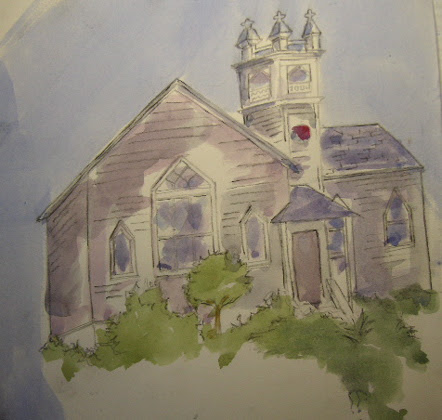 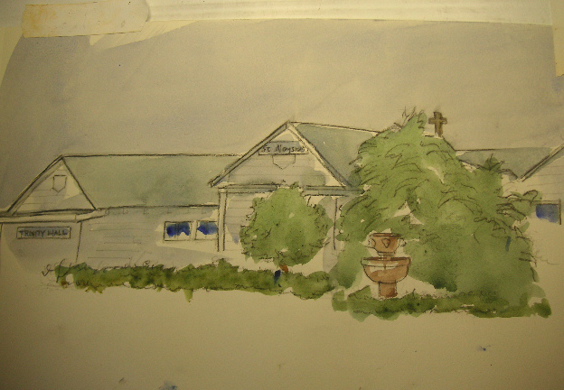 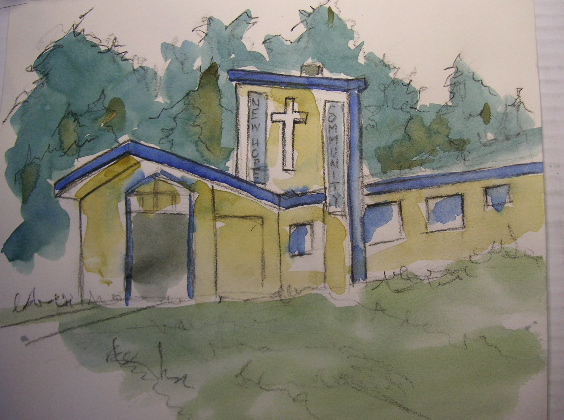 Beautiful Painting-sketches, Gael! And such interesting history and architecture to compare built by mostly "ordinary" people coming together after tragedy. Thanks for your writing and art.
Mark
Mark Fletcher, Tallahassee, Florida, USA
"Don't Hurry, Be Happy!" = copyrighted trademark
http://www.markfletcher.embarqspace.com
Top

I read well about the history of three sketches.
If any building may be demolished to build new one your drawings will be precious records.
At the same place you may miss the old ones looking at your sketches. I experienced such several times.
Great works you did!