A beautiful sunny day for the 33rd SketchCrawl in Paris! And Paris group is growing more and more! Today we were a lot of people and a French national TV channel (Canal+) made also some videos! We'll be on the TV

Today we spent all the day in Parc de la Villette http://en.wikipedia.org/wiki/Parc_de_la_Villette: the biggest park in Paris, built in the 80's where the slaughterhouses of Paris stayed from XIX century until 1974. The main building is still there: the Grande Halle, used in the past as a national wholesale meat market Thank you Carlo for starting this thread!!! It was a great day at the Parc de la Villette, nice to see familiar faces and welcome quite a few new members to our team

As we still work to get our "technical abilities" up to speed, I'll be posting sketches for people as they arrive. Second in: 
Here are Chantal's drawings from the day 
Mine for the day And last but not least photos from the day in our album at picasaweb.google.com/paris.sketcher
Last edited by Kim.M. on Mon Oct 17, 2011 7:57 pm, edited 2 times in total.
Paris Sketchers on Flickr| My stuff www.flickr.com/photos/kimparis
Top And here are Michel's drawings from the day

Beautiful work and what looks like a really interesting locale to sketch at, bravo Paris sketchers

A midi, on se prépare pour le pique nique, mais pas là... un peu plus loin sur la pelouse / Midday, getting ready for a picnic, but not here, a bit further away on the grass !

It's really nice to see the different interpretation of the same subject by many hands, thanks for sharing

you really got a lot done, excellent once again!

Thanks Virginia, Shaolin7, Morrys, Sophie, for your comments. I'm glad you are enjoying looking at our results

Here is Kazuko's sketch for the morning 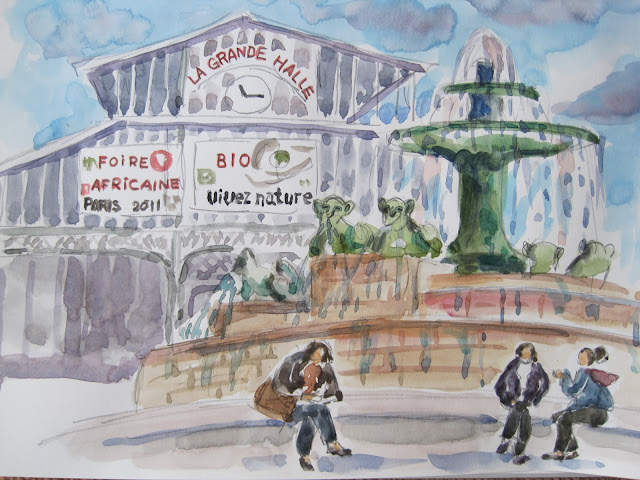 And Alexandru's from the afternoon Some more photos arrived in our drop box, along with a few anonymous (for now) sketches, please check it out if you'd like
picasaweb.google.com/paris.sketcher/33rdWorldwideSketchCrawlParcDeLaVillette

wow, some really nice sketches! wish i could have been there---i was super busy with work.
a la prochaine!
http://lostinmontmartre.blogspot.com/
Top

Beautiful sketches, a very interesting series of differnt styles and feelings! I also appreciate the choice of the location at the park of La Villette!!!
Lucia
Top
Locked
19 posts