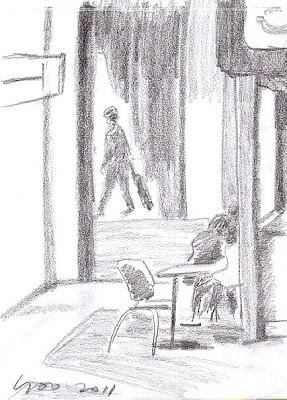 In newly built Seoul Station were there many restaurants and shops. I caught a corner next to the Dunkin donuts. (pencil, 21 x 29.7 cm) 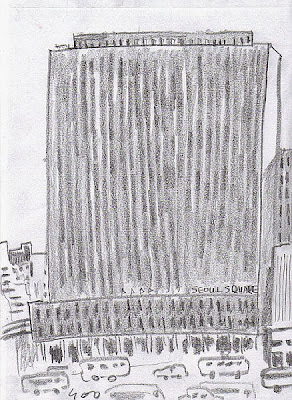 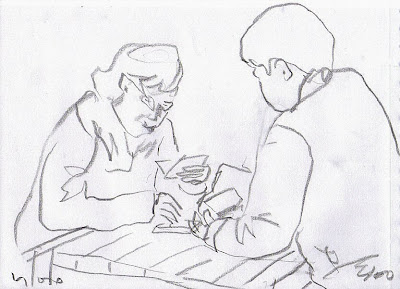 Nine sketchers participated in this sketchcrawl. It was cold. We met at the Food Court on 3rd floor of Seoul Railroad Station located at Bongrae-dong, Chung-ku, Seoul. We began sketching the buildings and traffic around the station through the pane glasses. We enjoyed delicious meals there and coffee. After sharing and talking we finished the 30th sketchcrawl satisfactorily. Thank you all the participants!

Nice! I especially like the composition and feel of the first one
http://www.artofnori.com.au
Blog: http://noritominaga.blogspot.com/
Twitter: http://www.twitter.com/NoriTominaga
Top

Hello, sketchers.
In this time I recorded this sketchcrawl event with my camera and made a video.
I'll be happy if you enjoy it.

Very nice sketches. I really like the video, makes me feel a part of it and see the enthusiasm.
www.asketchylife.blogspot.com
Top 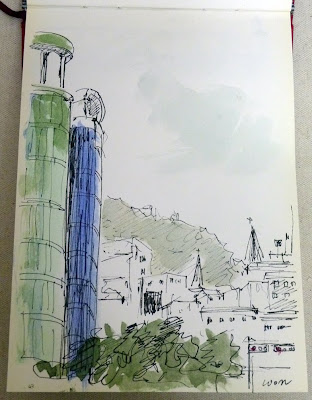 from the 3rd floor of Seoul Station, right side of the station 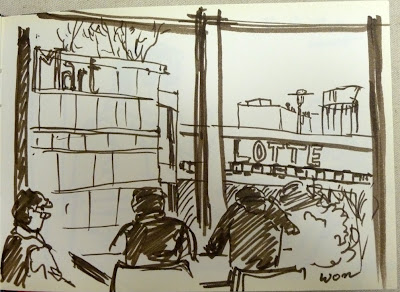 view seen from the same floor, left side of the station 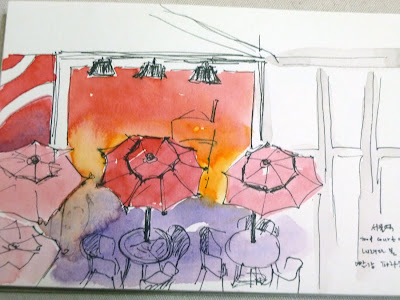 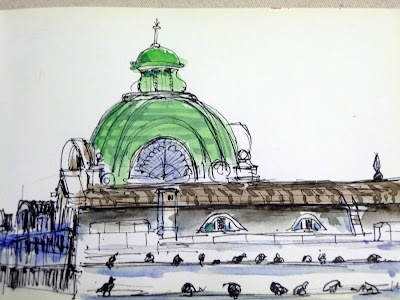 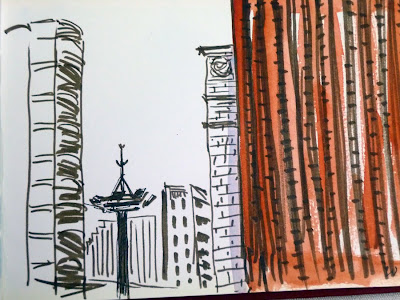 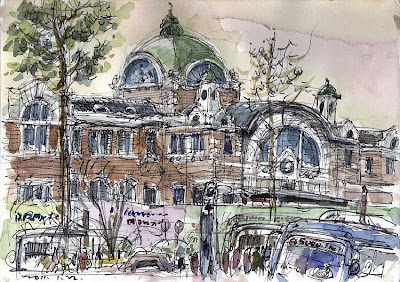 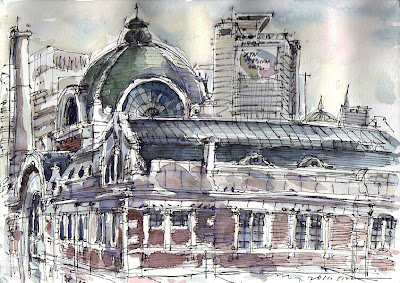 Another view around the Old Station 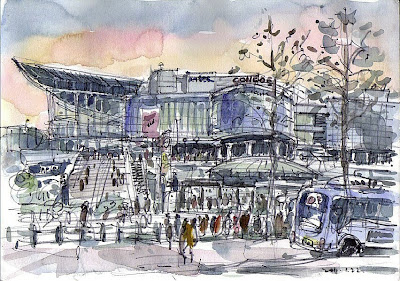 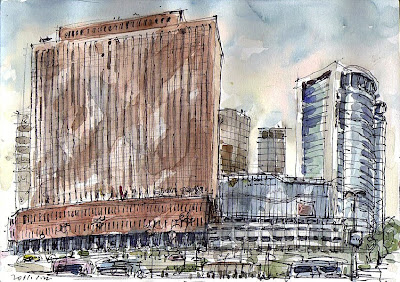 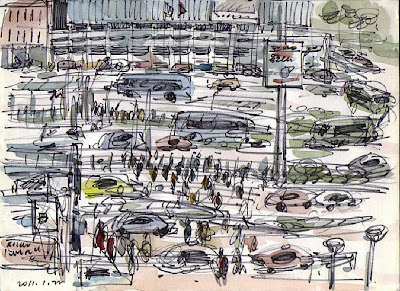 Seoul sketchers including me met at the Seoul Railroad Station for the 30th Worldwide sketchcrawl. The Old Seoul Station was finished on 1925. Recently it was declared national historical monument and under remodelling into a Culture Complex Building. The top one was sketched on the bus stop crowded with passersby in order to express the good view and strong monumentality.
Last edited by archiartist on Tue Jan 25, 2011 1:20 am, edited 1 time in total.
Archiartist Lee Blog : http://archiartistlee.blogspot.com/
Seoul Urban Sketchers Blog : http://urbansketchers-seoul.blogspot.com/
Urban Sketchers Blog : http://www.urbansketchers.org/
Top

These are my sketches and a photo I took. 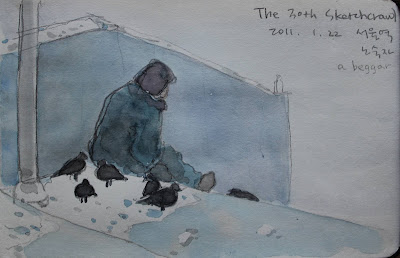 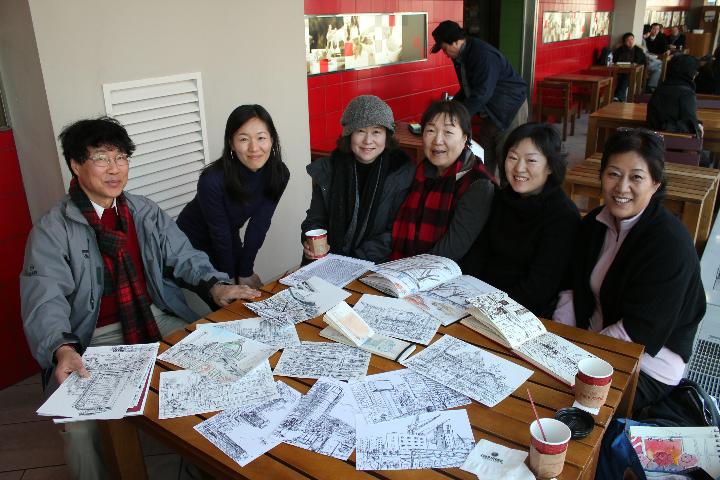 Drawn by Moon Hyung In

platform from the 2nd floor of Seoul Station 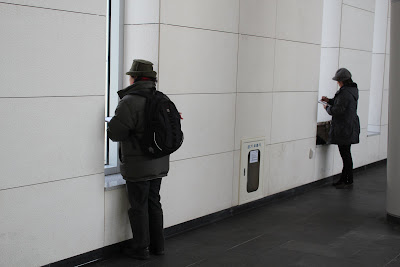 These are Lee Hyun-sook's sketches. Please enjoy them. 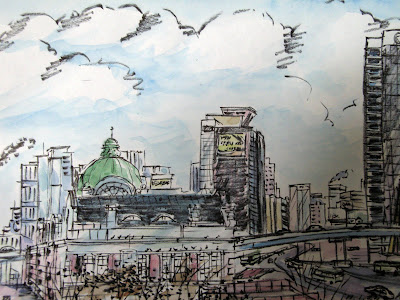 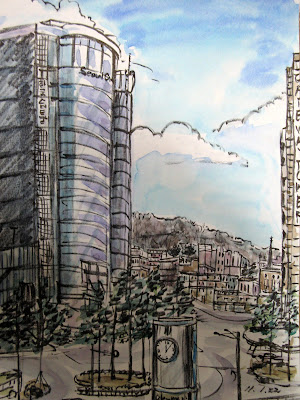 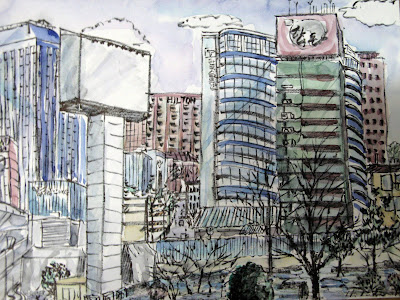 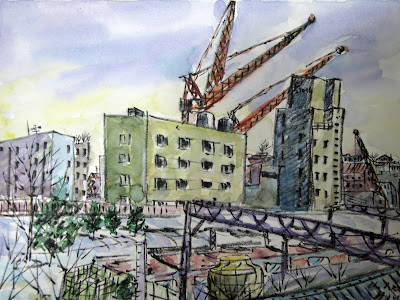 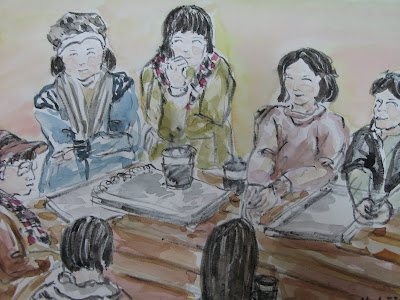