I couldn't be at Fort Point Saturday even though it was a lovely day.
Instead, I took my son to the airport and got tangled in traffic on the way back.

Getting to Short Term Airport Parking was a snap. Getting out of there was crap.

Embarcadero traffic so stop and go I caught distant peeps in the rough.

Early on, he packed his bags and left them scattered over the floor.

And spent an extraordinary amount of time on the computer.

I knew it would be like this so, I got to Fort Point way early to scout it out.

Here's the direction I came from, ten miles the other side of Hurricane Rock.

I crossed the Golden Gate Bridge in full sun with a beautifully clouded sky.

In the parking lot looking back towards an anchorage buried deep in the hillside.
A small public building below.

To enter the Fort, you pass through doors fortified by iron studs and thick walls.
It is a massive construction. Even so, it is dwarfed by the bridge which straddles it.

An ornate cannon, cast in Peru in 1684, on display just inside the inner gate.

From the Observation Deck, a view of the open courtyard and distant mountains.

John, these are lovely sketches. I particularly like the horizontal lines on the fort...
Top

I'll post as soon as I get this figured out. I loved everyone's work. Cheers to all of you. thanks everyone for another wonderful SketchCrawl ... I didn't take names down, as I made it to the fort late (parked too far) but I think we were around 40 out there. And what a great day! Wow, wonderful puffy clouds in the sky for the longest day of the year. Really warm days around San Francisco this weekend ... only problem was the Fort is the windiest spot in San Francisco and I have a nice cough from sketching around there. But anyyyywayyyy ... meager offering here ... but here's the day sketches ... Eli, I think Blogger is not allowing you to link to the images unfortunately ...
great sketches though !

Well, Enrico is right and Blogger is not cooperating so I'll post a link to my blog where you can find my sketches for the day. Again, I had a wonderful time and look forward to seeing everyone's work. Take care.

Hey Eli!
Didn't see you at the sketchcrawl yesterday!
But then again, I came in reaaalllyy late! haha...got a little lost on my way there.
And I had to leave early....

But it was fun nonetheless! I can't upload my sketches here, so I'm just including a link to my blog, like you did.... Thanks for the help. I'll remember that for next time. Sorry to have missed you Emil. Your work is inspiring as usual.
Top

Oh! thank's to Gus for helping me upload those sketches!! Thank youu...haha...
I don't know how you did it, but you did....
limeworks.blogspot.com
Top 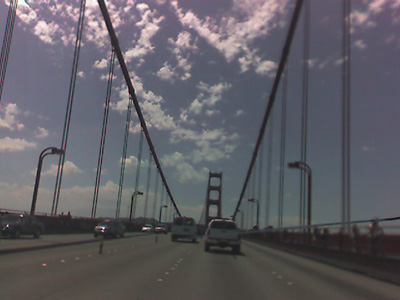 The top portion of the Fort was way too windy, but managed to do a quick watercolor of the outer bay. 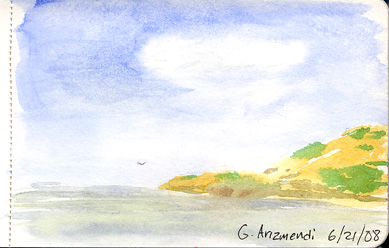 Third Light at the Point 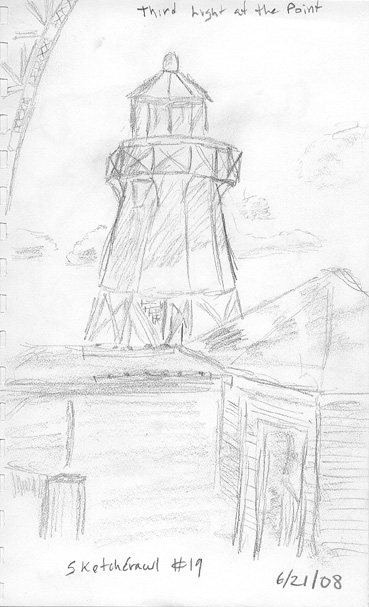 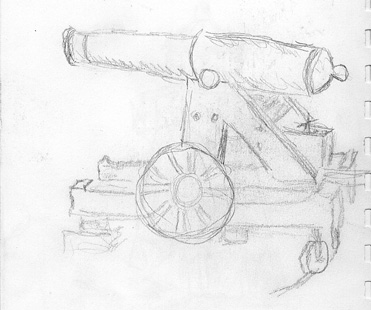 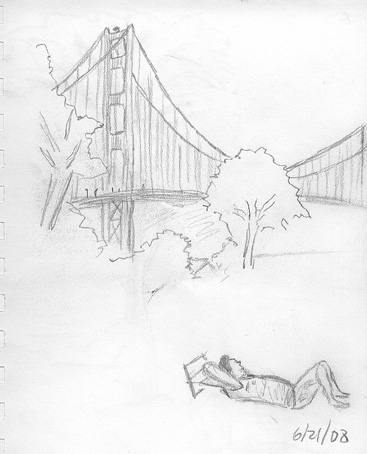 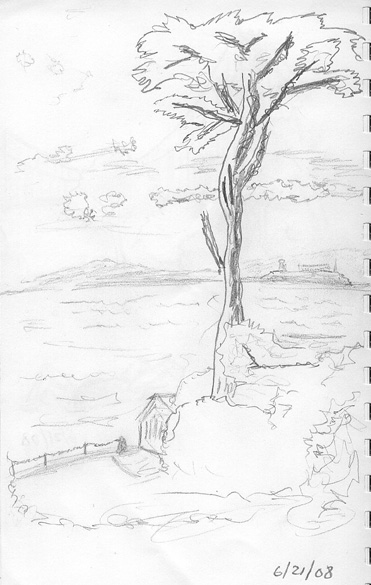 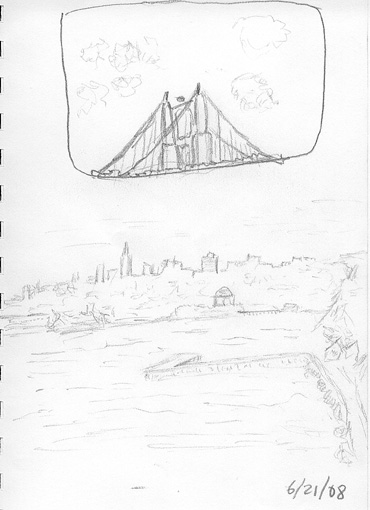 It was fun as always, and quite the experience with micro climate, you can catch a cold in Fort Point, then walk to the Warming Hut and get a sunburn, and get quite a workout walking back and forth

enrico
NIce and cute sketches as always!
I like your style.
so, are you plan to go to con2008 this year?

seeker
hehe nice report style!
I like golden gate one.
he is sleeping with comfortly close to bridge!
PaintMonster (Sapporo /Japan)

Looks like you picked a fun and interesting place to sketch.

John - Wonderful sketch of the parking area. Nice people sketches. I like your landscapes. Love the first one and the one of the fort too. That staircase is making me dizzy!!

Great sketch from the observation deck. You got a lot done.

Eli - Good group of sketches of the fort!! I like the people sketches, and that cute sidewalk vendor too!

Enrico - Good job on the wall of the fort with the bridge behind it! Love the sketch of the end of the bridge. Nice job on the people!

Emil - Nice work. Good architectural detail on the fort. The bridge sketch is my favorite!

Seeker - Nice job on the painting of the bay. I like the light, the cannon, and the bridge!
Top

Another great crawl! It was really great to see so many folks at the meetup, with so much good work! Do we really have to wait 2 months til the next one?

John D Nice inks! I love the way you capture so much texture with such stroke economy.

Eli Harris great to meet you, and wonderful work - so versatile.

enrico My sympathies on the bridge - its an amazing structure, and hard to capture. I really like your skyline!

emil Amazing details! I like that you captured the sdtrange, non-uniform texture on the staircase topper's boards.

seeker I really like your watercolor of the bay.

Here are my efforts, the bridge and the light house kicked my tookus, I really need to work on my architecture.

First of the day. Yellow really affects your watercolors in interesting ways...

Aww heck, why not try the underside of the bridge?

This tower really deserved a longer treatment, such interesting textures on it.

So windy on the top of the fort! And getting near lunchtime...

A quick one of a fellow crawler outside the fort. Off to lunch!

And then I didn't make it back til the meetup - but that is my favorite part of any crawl - thanks for sharing everyone!
Top
Locked
38 posts